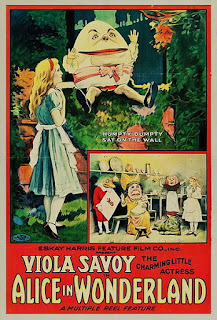 After what felt like an eternity, James somehow managed to land on his feet.  He stumbled, but then regained his balance.   "That was some fall," James said aloud.   James had been doing homework with his older brother outside of their garden when he wandered off.  He had decided to go climb the big oak tree as he normally would, but noticed something different about it this time around.  A hole--just big enough for him to crawl through--had seemingly appeared out of nowhere from the day before.  James didn't have high hopes for the hole.  He assumed it would lead to a dead end after just a foot or two.  But the further James crawled in, the more it expanded.  After snaking around for several meters, the hole suddenly became very steep.  Before James knew it, he was tumbling down--and then free falling.   James blinked several times as his eyes began to adjust to the darkness that he found himself engulfed in.  Squinting, he made out a light at the end of the tunnel. Shr
1 comment
Read more 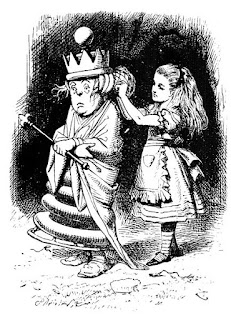 Poor Alice, she comes upon some peculiar gardeners.  I am sure that she was only curious; how could you not be in this fantasy world? I wonder what her state of mind is at this point.  Perhaps she has grown comfortable almost in this new setting.  Or maybe everything is unnerving.  She still does not seem afraid, so that makes me think she is kind of just exploring.  It would be extremely odd for Alice hearing this conversation, though.  They were calling each other by numbers...I would wonder if these were there names, or maybe they didn't have names and this was a more degrading way to addressed.  Besides the names, I would have been unsettled by the contents of their conversation.  Hearing about a queen that would behead people would be utterly terrifying.  Especially because you don't know anything about this queen; perhaps she does not welcome strangers.  The reason for why Seven would be beheaded is even more dreadful--bringing tulip roots instead of onions to the cook.
Post a Comment
Read more 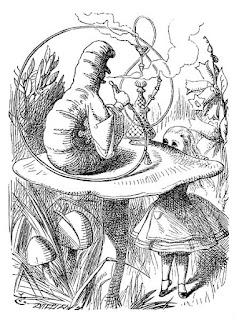 I enjoyed reading the story Advice from a Caterpillar.  I thought that was a pretty peculiar title! One that I certainly haven't seen before.  Obviously it would be quite shocking to come face to face with a caterpillar smoking a hookah.  But I thought the dialogue between the two was fascinating as well.  The caterpillar says to Alice, "Who are YOU?" This implies that she was the one who was unusual.  Poor Alice--I can't imagine falling through a rabbit hole only to be questioned by a talking, smoking caterpillar! I like how calm she is throughout the conversation.  Even when she states she doesn't know who she is at the moment.  She is remarkably composed for not knowing where she is or even who she is! I think I would have been in a more panicked state for sure.  And I don't think the caterpillar's story would have made me feel any better.  In fact, I'm sure that it would have only made me feel more confused, if that is possible.  I guess by this p
Post a Comment
Read more 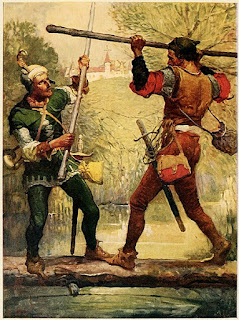 The most current version of this story can be found at my portfolio! Once upon a time, there were two best friends named Achilles and Odysseus. Although they were troublesome, they had good hearts. Oftentimes they would steal from the rich just so they could give back to the poor. Regardless, this had made them outlaws in the eyes of the greedy king. One day, Achilles and Odysseus were walking through the forest when they came upon a wealthy peddler. The peddler was dressed in armor and wore a golden cloak. He also had a pack that appeared to be full of small treasures. It infuriated Odysseus to see someone with so much material wealth; where he came from people were rather poor. He thought it was unfair for someone to accumulate so much wealth while others went to bed hungry. “Oi! What’cha got in your pack, there?” Odysseus cried out to the peddler. The peddler hesitated for a second, apparently realizing that he might be in a sticky situation. “Just some jewelry, silk garme
2 comments
Read more 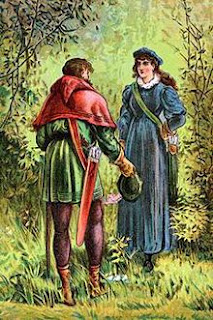 For part B of the reading, I enjoyed the Noble Fisherman.  It's pretty neat that Robin Hood will just decide to disguise himself as one thing or another.  This time, though, he wasn't really hiding from anyone with his disguise.  That's just how he liked to live, I suppose! Robin is a hustler; as he states that fishermen can make more money than even merchants, I am surprised he hasn't tried his luck at fishing before! He must be extremely charming...when he is in trouble, it always seems as though he is able to talk himself out of any situation.  And even when he's not in trouble, he manages to acquire a ship for himself for his fishing ventures.  I like how Robin takes it personally when the master of the ship blows off his comment about using his bow to fend off the French pirates...the master must not know of Robin's reputation.  I thought that was so cool how he requested to be tied to the mast to start shooting his arrows at the pirates! As if taking out
Post a Comment
Read more 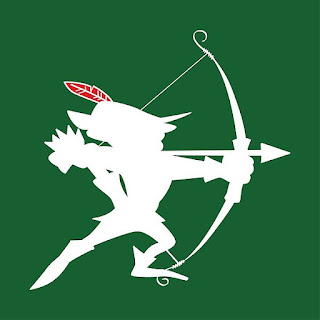 I enjoyed reading the story of the Butcher.  Robin Hood seems like a sneaky guy! It seems like he kind of decided he wanted to be a butcher on a whim...which seems unfortunate for his competition.  But hey, you know what they say? Don't hate the player, hate the game.  And Robin was definitely playing the game.  I guess undercutting the competition has been around for awhile if Robin Hood was doing it back in the day! I really loved the story called The Bold Pedlar.  I was a bit confused why they wanted to fight--I guess Little John thought that the man had his belongings in his pack.  The man, we will call him Chad, pretty much said come and get it.  I think that is pretty awesome! Especially considering that it was two men against himself, plus I feel like Little John would be extremely intimidating.  Regardless, John and Chad had a one on one duel.  It sounds like it was a pretty good duel, though Chad appeared to have the upper hand.  Little John seemed to think he would lose
Post a Comment
Read more 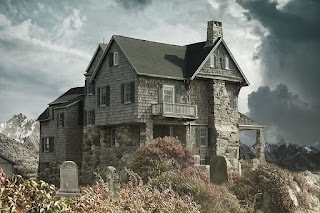 Once there were two boys who lived with their father.  The boys, named Shane and Ryan, were inseparable.  They also loved finding danger and trouble.  Their father, however, was a cautious man.  He knew that there were some dangerous parts around their cabin.  So, in order to keep his boys safe, the father would often give the boys warnings.   "Stay away from the far bank of the river.  There is a giant snake there who loves to lure in children and other animals before eating them," said the father. The next day, Shane and Ryan went to the river bank across the way to see the snake for themselves.  Sure enough, they found a monstrous snake.  Surprisingly though, it was very friendly.  The boys were cautious, and dropped to their stomach right as the monster snake lunged towards them.  Unable to react to its miss, the snake flew into the water and began to sink, for it did not know how to swim.  The father scolded the boys for disobeying him. The next week, the father warned
3 comments
Read more
More posts